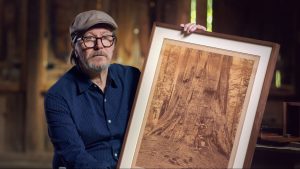 On Saturday, December 10th at 7 pm at Redfield Auditorium, 45 Water Street Woods Hole, the Woods Hole Film Festival presents a screening of the feature documentary film EXPOSING MUYBRIDGE by Mark Shaffer. ABOUT THE FILM The story of trailblazing 19th-century photographer Eadweard Muybridge, who changed the world with his camera. Muybridge set the course ...
END_OF_DOCUMENT_TOKEN_TO_BE_REPLACED