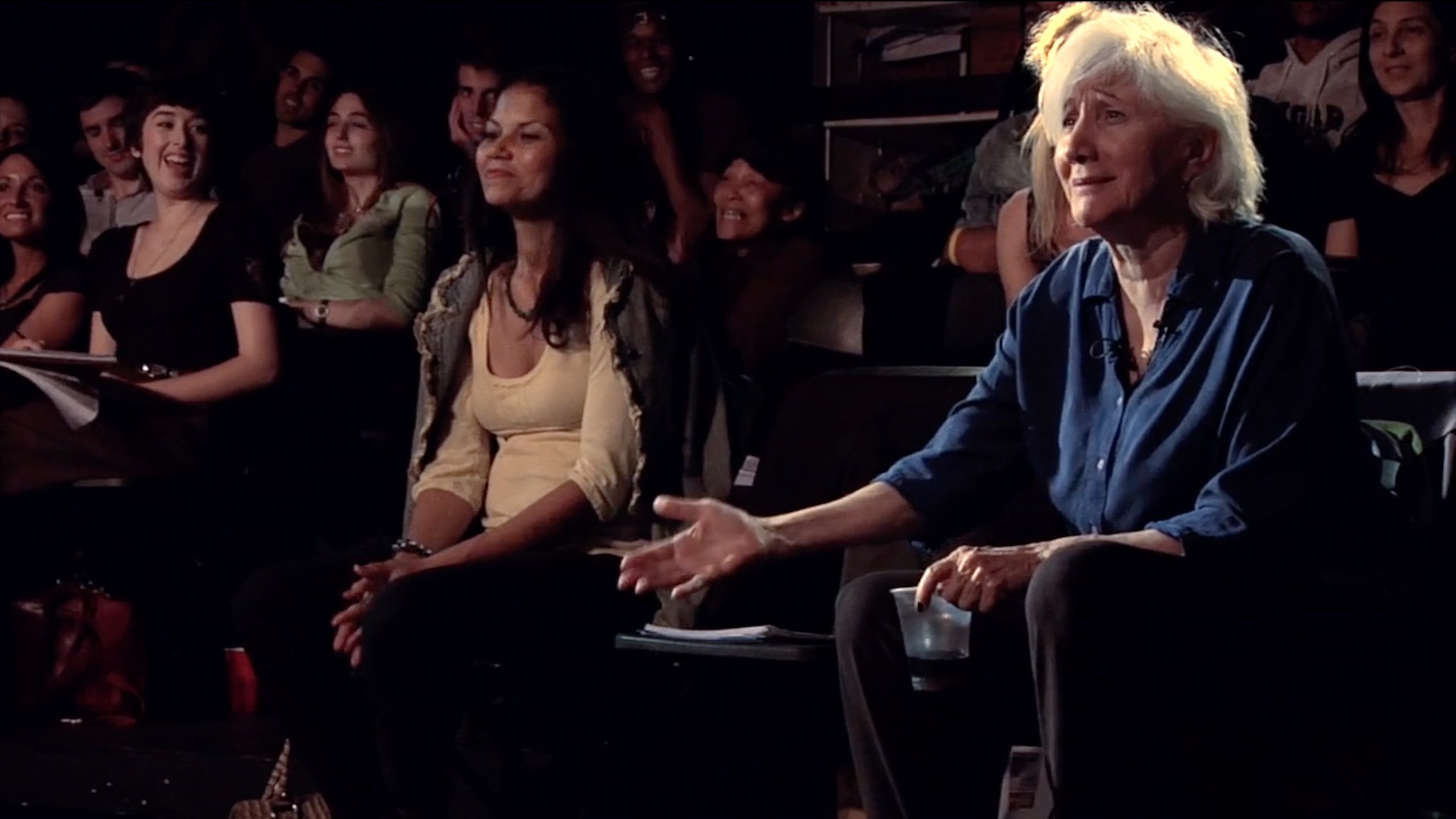 ABOUT THE FILM:
In the same vein as Albert Maysles’ “Iris,” this sublimely intimate fly-on-the-wall verité documentary tells the poignant story of a woman finding her own voice on her own terms to assert a gigantic creative force into the world. Rebelling against her old world, panty-sniffing, suspicious Greek mother to assert her strong sexual drive, fighting the feeling she was “too ethnic” amid the Boston Brahmin at BU, and starting her own theatre company in New Jersey instead of waiting for the phone to ring, Olympia Dukakis models how to live life with blazing courage.

Throughout an engrossing story that seamlessly blends past and present, she opens her heart and exposes her truest self to the audience. The raw honesty with which Olympia leads us into the core of her self is what makes this film luminary. As fellow actors with whom she has shared the limelight Laura Linney, Diane Ladd, Whoopi Goldberg, and Austin Pendleton all testify, Olympia is “totally open and crazy”, which is what turns out to be the marker of her absolute sanity.

This intimate portrait of a working-class professional, a scholar actor of intense intuitive power, and a woman beloved around the world, culminates on the steps of the Dukakis’ humble ancestral home in Lesbos, Greece. Here we see Olympia’s life come full circle, both personally and professionally.

Incandescent and unforgettable, Olympia is a must-see documentary for anyone seeking to reignite their love of drama and their love of life. (Available to watch in the USA only)


For the best community viewing experience, we recommend starting the film at 5:00 p.m. EST on Saturday, April 24 and then joining WHFF Executive Director Judy Laster and the filmmakers for the Q&A on Zoom at 7:00 p.m. EST.

The film will be available to watch between Thursday, April 22 at 8am and Sunday, April 25 at midnight EST. If you purchase a ticket in advance you will receive an activation link to view the film via e-mail on Thursday morning, April 22. If you purchase a ticket on or after April 22 you will receive a watch link immediately after your order confirmation. A free ticket to the virtual Q&A will be made available when you purchase your ticket. A separate access link for the Q&A will be e-mailed to you approximately one hour before the start of the event. Once you start playing the film you will have 48 hours to finish watching, or until midnight on Sunday, April 25, whichever comes first.

Tickets are $14 per person, $20 per household ($12/17 respectively for Woods Hole Film Festival members) and are on sale in advance at https://www.goelevent.com/WoodsHoleF…/e/WHFFVirtualOlympia

The series is supported in part by grants from the Cape Cod 5 Foundation, the Arts Foundation of Cape Cod, the Mass Cultural Council and the Falmouth Fund of The Cape Cod Foundation. For more information email info@woodsholefilmfestival.org or call (508) 495-3456.