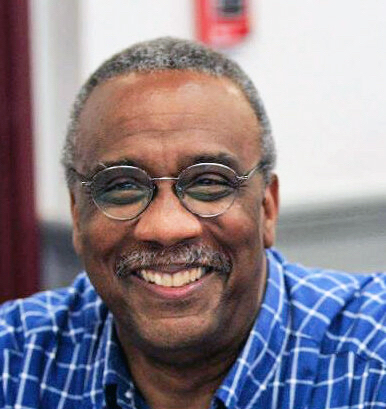 Greg Watson and his family moved to Cape Cod in 1980 when he was hired as education director at the New Alchemy Institute. New Alchemy was a revolutionary “think-do tank” located on 12 acres in Falmouth, MA that became world renowned for its systems approach to the development environmentally sound and socially just approaches to meeting basic human needs. Watson’s lecture will focus on the lessons he learned during his four years there and how he has applied New Alchemy’s problem-solving approach throughout his professional career in the areas of agriculture, renewable energy, community organizing, and new economics. He will conclude with a discussion of his current work on an approach to addressing the climate crisis inspired by Buckminster Fuller – considered by many to be the “father of whole systems thinking.”

Greg Watson is Director of Policy and Systems Design at the Schumacher Center for a New Economics. His work focuses on community food systems and an initiative to improve global systems literacy informed by a reimagining of Bucky Fuller’s World Game Workshop. Watson has spent nearly 50 years studying systems thinking as inspired by Buckminster Fuller and to apply that understanding to achieve a just and sustainable world. He has served on the board of the Buckminster Fuller Institute and as a juror for the Buckminster Fuller Challenge. In 1978 he organized a network of urban farmers’ markets in the Greater Boston Metropolitan Area. He served as Commissioner of Agriculture in Massachusetts from 1990 to 1993 and again from 2012 to 2014 when he launched a statewide urban agriculture grants program.

Watson gained hands-on experience in organic farming, aquaculture, wind-energy technology, and passive solar design at the New Alchemy Institute on Cape Cod, first as Education Director and later as Executive Director. There he led the effort to create the Cape & Islands Self Reliance energy cooperative. He served four years as Executive Director of the Dudley Street Neighborhood Initiative, a multicultural grassroots organizing and planning organization where he initiated one of the nation’s first urban agriculture projects. Watson was the first Executive Director of the Massachusetts Renewable Energy Trust and was part of the team that landed the National Wind Technology Testing Center in Massachusetts. He served on President-elect Barack Obama’s U.S. Department of Energy transition team in 2008. In 2015 he founded the Cuba-U.S. Agroecology Network which links small farmers and sustainable farm organizations in both countries to share information and provide mutual support.