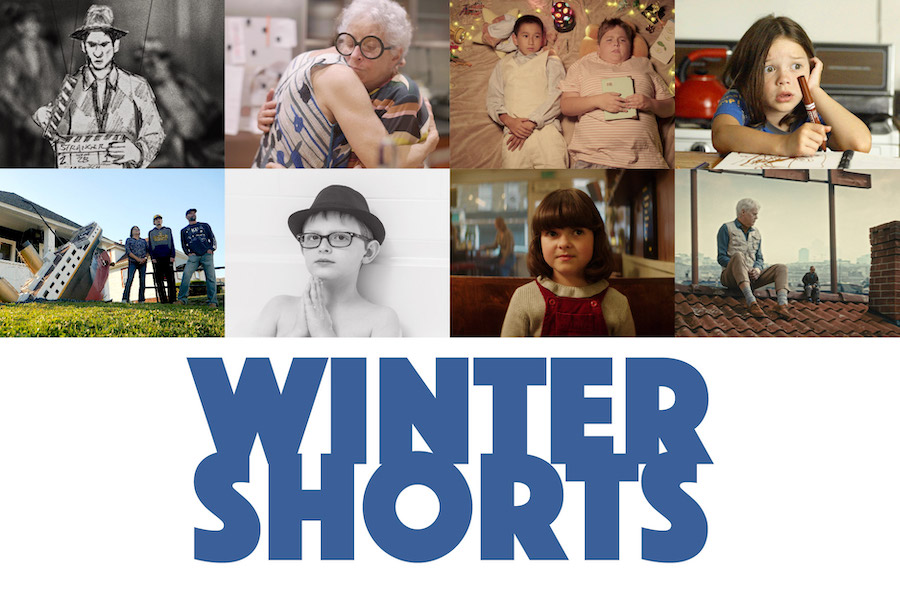 The Woods Hole Film Festival is pleased to announce the return of the Winter/Spring Film Series with twice-monthly in-person screenings of the best in independent film from January through May 2023. The screenings will be held in Woods Hole Oceanographic Institution’s Redfield Auditorium, located at 45 Water Street, Woods Hole. The program will include films from the past Woods Hole Film Festival as well as other selections curated specifically for this series.

ABOUT WINTER SHORTS
Think it’s too cold for shorts? NONSENSE! We’re bringing back WINTER SHORTS. Here are eight inspirational, funny – and maybe a little quirky – award-winning and audience favorite short films that are sure to keep you feeling warm and happy on a cold, January evening.

Non-Negotiable • Comedy by Mike Doxford, UK, 2022, 9 mins.
A couple in a cafe await with trepidation their harshest critic and most important confidant… their 9 year old daughter. Here she outlines the terms and conditions she requires for the arrival of her new sibling.

Tiny Titanic • Documentary by Mike Scholtz, US, 2022, 9 mins.
A Minnesota family discovers some surprising connections to the Titanic disaster. They decide to honor the ship by building a miniature replica in their front yard.

The Diamond • Comedy by Vedran Rupic, Sweden, 2021, 14 mins.
Stefan is lonely with a blinding ambition to make friends. One day he stumbles upon a diamond in the woods. Unable to reach it, the solution presents itself in the form of an even smaller man.

Wei-Lai • Comedy by Robin Wang, USA 2022 14 mins.
Tired of getting pushed and punished by his own parents, Wei-Lai, an 11-year-old Chinese American boy, decides to show up at his best friend’s family and offer himself up for adoption.

Stranger Than Rotterdam with Sara Driver • Documentary by Lewie & Noah Kloster, USA, 2021 10 mins.
In 1982, the completion of Jim Jarmusch’s sophomore film, Stranger Than Paradise, hinged on producer Sara Driver’s willingness to smuggle one of the world’s rarest and most controversial films across the Atlantic Ocean.

The F-Word • Comedy by Alex and Paul Cannon, USA 2022, 7 mins.
A father explains to his young daughter what the f-word means.

Favorite Daughter • Documentary by Dana Reilly, USA, 2022, 19 mins.
A filmmaker’s grandmother and mother shelter in place together in a lower Manhattan apartment during the COVID-19 pandemic. A raw and charming, melancholy and funny portrait of two women with vastly different experiences coming together and supporting one another through the uncertainty of spending the next chapters of their lives “alone,” without a partner.

Screenings begin at 7 pm. Doors open at 6:30 pm. Tickets are $16 ($12 for WHFF members) and are on sale in advance at www.woodsholefilmfestival.org and at the door.

Restaurant partners will be announced soon. Check our Facebook page for updates.